This information was obtained from credible government and private organizations and the results from evidenced-based medicine; however, it is not meant to replace a medical or psychiatric professional’s advice. It was reviewed by a psychologist who is well-versed in this information and who treats many Veterans. It is current as of March 26, 2015. 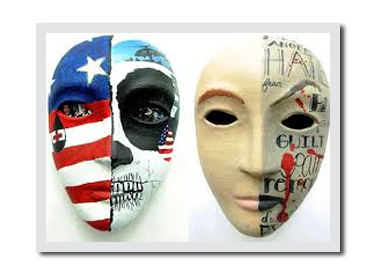 PTSD is an anxiety disorder that is vastly under diagnosed because of its complexity, specific criteria that is sometimes hard to meet, and delayed identification of symptoms, and as such, it is still misunderstood and treated ineffectively. In addition, the lack of education about PTSD and stigma associated with its symptoms stops many of you from seeking help.

The goal here is to simplify PTSD as much as possible, so you can get the help you need as quickly as possible to limit negative and long-term problems.

We want to help you become your own advocates should you be turned away and told you do not have PTSD without an in-depth assessment.

Experiencing, witnessing, or hearing about a life-threatening event that elicits terror, horror, or fear of grave physical harm or death. PTSD can also occur if there is excessive exposure to traumatic details of the event. Examples of traumatic events include:

PTSD varies from person to person with some recovering within six months; however, some may experience PTSD for longer periods of time. Still, for others, it can become a chronic condition, although with treatment, it can be very manageable and the periods of exacerbation (increased symptoms) become briefer and less intense. Research has shown that many of those who develop PTSD have tended to have more severe initial reactions following a trauma, especially reactions that involve anger.

Not everyone who experiences/witnesses/hears about a traumatic event will develop PTSD.

The following link takes you to a website that has a more in-depth, easy to understand information about PTSD that most importantly emphasizes the medically-recognized fact that PTSD is the result of a physiological problem in the brain that just happens to have behavioral and psychological symptoms: http://www.strengthofawarrior.org/understanding-ptsd/

Risk factors that increase a person’s chance of developing PTSD

Initial symptoms involve our instinctive fight-or-flight response wherein our brains either try to withstand or escape the intense responses to the traumatic event. Within 24 to 72 hours NORMAL reactions include: 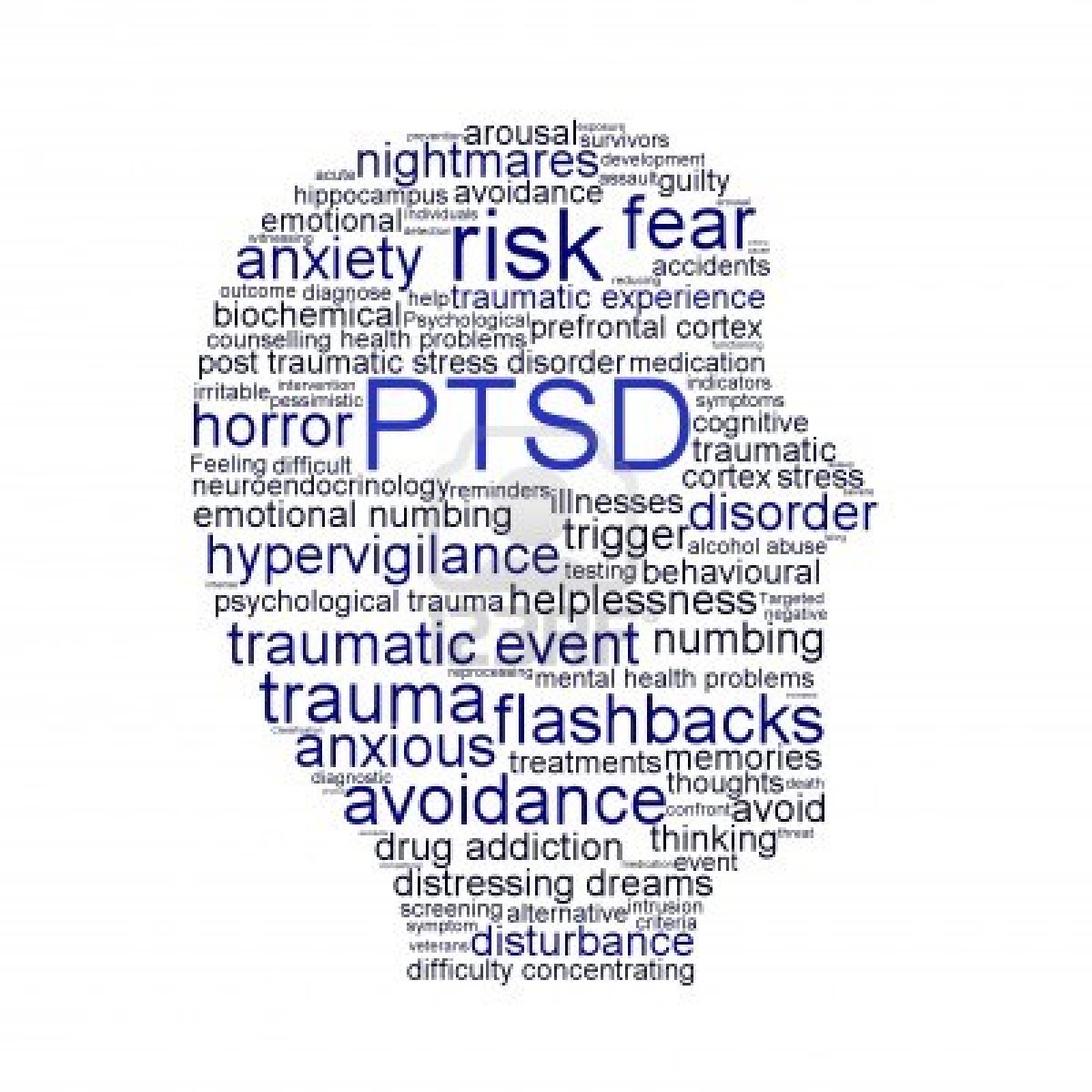 It is important to realize that these symptoms are common initial reactions within the first month and as a person recovers, they should normalize. If they do not go away after one month and they significantly impact your level of functioning, a diagnosis of PTSD or other disorder should be considered. This is why debriefing in-the-field using crisis management techniques beginning within hours of the event is essential. Crisis management will help prevent mechanisms that are known to potentially inhibit normalization and recovery. These mechanisms include avoidance behaviors like numbness and detachment and changes in cognition (e.g., thoughts) about self, others, and the world.

A diagnosis of PTSD requires that a person has six of 20 known symptoms divided among four clusters that significantly disrupt life functioning, such as family life, social interactions, and job performance and that are not a result of substance use. Symptoms from all four clusters must be present and last for at least one month.

Cluster 1 (criterion B): Intrusion symptoms, which include recurrent, involuntary, and intrusive memories; traumatic nightmares; dissociative reactions, such as flashbacks; intense or prolonged distress to reminders; and marked physiologic reactivity to trauma-related stimuli (e.g., triggers). One of these symptoms is required. 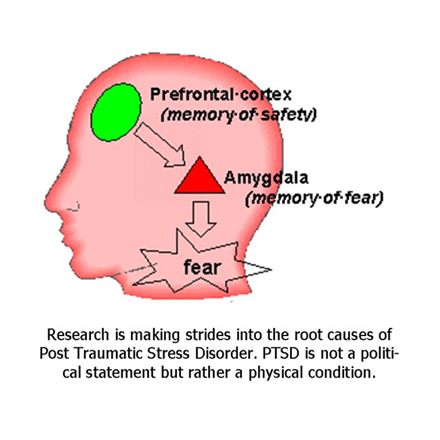 Cluster 2 (criterion C): Avoidance symptoms, which include persistent, concerted avoidance of distressing stimuli to the traumatic event including thoughts and feelings related to the trauma and external reminders of the trauma (e.g., people, places, activities, or situations). One of these symptoms is required.

Cluster 3 (criterion D): Negative changes in cognition (e.g., thoughts) and mood after the traumatic event, which can include: dissociative amnesia or inability to recall aspects of the traumatic event; persistent and quite often distorted negative beliefs and expectations about self (e.g., I am bad) or the world (e.g., The world is dangerous); persistently blaming oneself or others for causing the event as well as the resulting consequences; persistent negative emotions related to the trauma (e.g., fear, anger, guilt); significantly diminished interest in important activities (pre-trauma); feeling alienated from others (e.g., detached); and persistent inability to experience positive emotions (constricted affect). Two of these symptoms are required.

Cluster 4 (criterion E): Alterations in arousal and reactivity that occurs and worsens after the trauma include: irritable or aggressive behavior, self-destructive or reckless behavior, hypervigilance (e.g., always on guard), exaggerated startle response (e.g., jumpy), problems concentrating, and sleep disturbance. Two of these symptoms are required.

How would someone make a diagnosis of PTSD?

PTSD diagnoses should be completed ONLY by qualified therapists. Diagnosis requires two phases.

The first phase involves a PTSD screen, which is a short list of questions that determines whether or not a more in-depth assessment is required. It DOES NOT determine whether or not someone has PTSD, and therefore, should not be used to confirm a PTSD diagnosis. 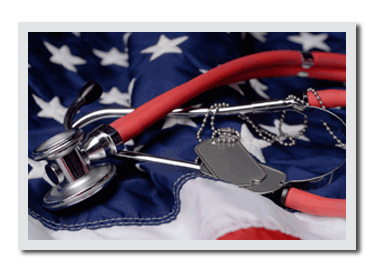 Completing an assessment for PTSD diagnosis is not a lengthy process. Assessment time is usually dependent upon two factors: the purpose for the evaluation  and the therapist’s level of training and expertise. An assessment should take 15 minutes to one hour. Longer assessments over a number of eight or more one-hour sessions are usually for legal reasons or disability claims for which more information is required.

Generally, the first-line treatment for PTSD is therapy. Medications are used for those who are in crisis, who are suicidal, or who are suffering from nightmares that cause sleep disturbances. In addition, they are used on a case-by-case basis when warranted (e.g., depressed and anxious Soldiers). In these cases, medication is a viable option because it helps you make better, faster gains, until therapy is working, after which your medications may be titrated down and discontinued. 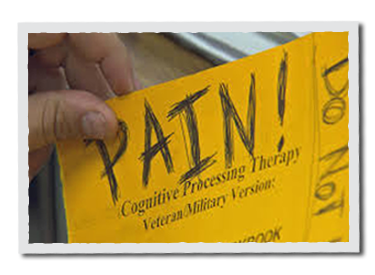 Cognitive Processing Therapy (CPT) is recognized as one of the best treatments for PTSD. One of the negative consequences of PTSD is that people change how they view themselves, others, and the world, which directly affects how they feel and act. CPT helps people learn why they are “stuck” in their “new” world and why recovery is so hard.

CPT counteracts one of the major contributors to developing PTSD—avoidance—by using skills that help people understand the thoughts and memories that they struggle with after a trauma and helps them gain perspective and a sense of control over their lives providing new ways to deal with distressing thoughts about the trauma.

Over a period of 12 sessions, CPT uses four main parts to achieve new ways of thinking and feeling about the trauma.

Part one involves learning about PTSD symptoms specific to each person, teaching how CPT works and the various steps achieved within a specific time frame, reviewing  the therapeutic plan with reasons for each step. and how CPT and a new skill set will help.

Part two focuses on helping people become more aware of the thoughts and feelings they now have following the trauma and how those thoughts drive their behaviors. It will give them a better sense about why the trauma happened by taking a step back to pay attention to thoughts and how they make them feel, and affect them, now. Taking a step back will help people think differently about the trauma. This is achieved either by talk therapy or writing in journal.

Part three involves learning skills to help question and challenge thoughts about the trauma using worksheets. These skills give people control to decide what they think and feel about their trauma and cope with day-to-day problems.

Part four teaches people about how beliefs, such as beliefs about safety, trust, self-esteem and relationships change after a trauma, which can make it difficult for them to return to their Families and communities. CPT, through talk therapy, will help people achieve a balance between old beliefs and new beliefs with the goal of reintegrating them into the life they had prior to the trauma. 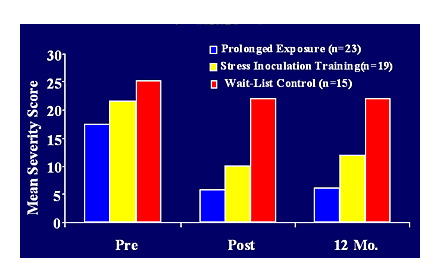 Prolonged Exposure Therapy (PET): Research shows PET is one of the more effective treatments for PTSD. It requires that the person undergoing treatment has sufficient memory of the trauma and does not have co-morbid substance use, other psychological conditions that require stabilization, or those who are actively self-injurious or suicidal. It involves (1) education about PTSD and PET, (2) breathing exercises to control anxiety, (3) imaginal exposure, which is talk therapy that involves repeating the events surrounding the trauma in a safe environment to help decrease fear and other negative thoughts, and (4) in vivo exposure in which the person undergoing treatment confronts their triggers in safe real world situations. The following links provide more in-depth information on PET: http://www.deploymentpsych.org/treatments/prolonged-exposure-therapy-ptsd-pe and http://www.ptsd.va.gov/public/treatment/therapy-med/prolonged-exposure-therapy.asp

http://www.apa.org/monitor/jan08/ptsd.aspx  takes you to an article discussing more PTSD treatments and current research. It identifies PCT and PET as “A” treatments, which are the evidence-based first-line choices for treatment.

prompts. It will not replace therapists, but instead, will assist them in identifying Soldiers and Veterans who may need follow-up. The software is able to read a Soldier’s facial expressions, vocal tone, and changes in body language to help identify PTSD, depression, anxiety, etc.  The VA is planning to have booths set up for 24/7 use and will eventually have computer programs available. Studies have shown that Soldiers and Veterans are more willing to talk to “Ellie” because it relieves fear of being judged and instills a sense of safety because of the anonymity aspect (e.g., no one is watching). Use the following link for more information: http://www.nbcnews.com/tech/gadgets/how-virtual-therapy-could-help-military-fight-ptsd-n168746

Unless otherwise indicated by specific links, the information provided here is from:

Other places to go for credible information

The American Psychological Association is a credible source for information about PTSD. The following link will take you to a page with articles dedicated to PTSD and the military: http://www.apa.org/search.aspx?query=ptsd&fq=ClassificationFilt:%22Military%22

National Center for  PTSD has a military resources section for Veterans, Families, and the general public. Use the following link for a list of resources for active-duty Soldiers, Veterans, and Families (e.g., MilitaryOneSource, Returning Service Members {OEF/OIF}, and VA Facilities Locator) as well as a list of sites for each military branch:  http://www.ptsd.va.gov/public/web-resources/web-military-resources.asp

The Matthew Patton Foundation is neither affiliated with nor endorsed by the organizations used as resources for information on PTSD.